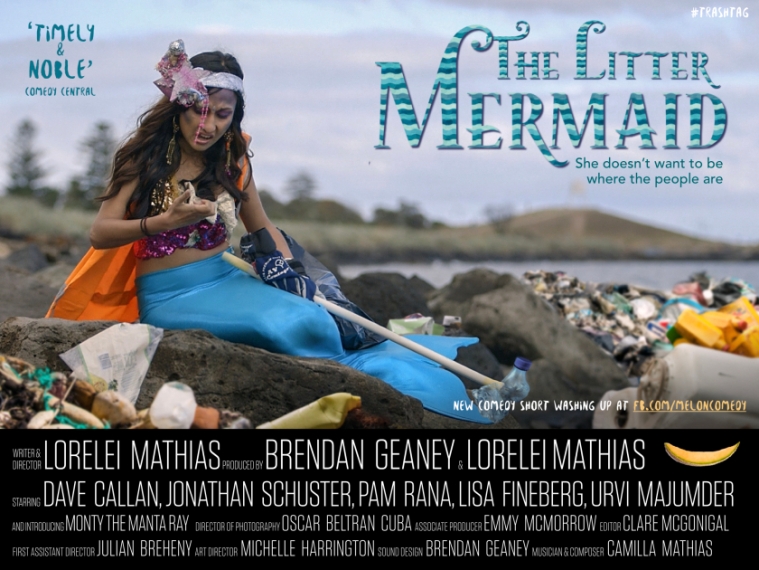 My latest Comedy Short, ‘The Litter Mermaid’ is coming out in 2019. It’s the story of the plastic crisis in our seas, and the impact it is having on the mermaid community and their King.

It’s the first thing I’ve ever directed. Huge thanks in order to everyone who helped make it, via my collective, Melon Comedy.  From the old friend I’d known since I was 21 and we were pulling smoothies at Boost Juice who literally IS a mermaid, Lisa Fineberg, to the new friends that stepped straight off of Ramsay Street to produce and crew the thing up – Brendan Geaney… to my genius housemate / partner in dexies Michelle Harrington, who dressed the set and the entire mythological population on nothing but a fin-string and made ‘spoofy condoms’ out of mayo. I love you all from the bottom of the sea and back. 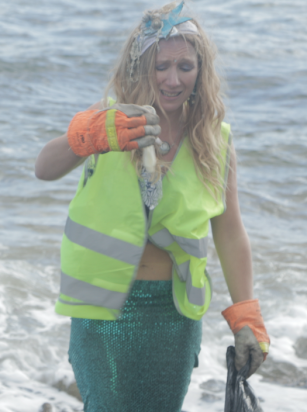 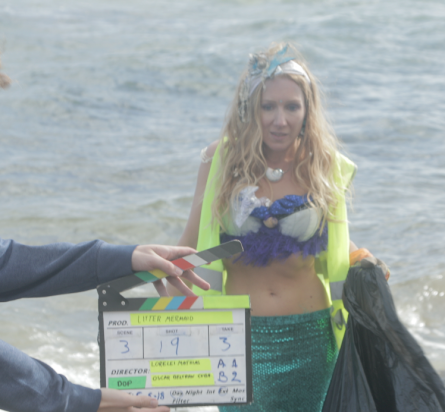 I was a touch blown away the next day when I was out walking with my adorable nephew in Brighton Beach, just a few shores down from Elwood where we’d wrapped 12 hours before…and we were playing the ‘hunt the lost flip-flop’ game that I often play as someone with ADHD who sunbathes on boardwalks – when we both looked down and saw this freakish message, carved into the rocks. ‘I AM A MERMAID. HELP.’ Of all the rocks in all the world… it really did seem like someone out there was ‘winking’ at us. or that the seas really have reached peak Plastic and they’re sending us a message… in  a plastic bottle.

So what is THE LITTER MERMAID about? Mainly, it’s the story of some mythical creatures who very much DO NOT want to be where the people are…

King Neptune and his team have been glorified maids of the sea for long enough, they’ve got zero job satisfaction and they are over it. Soon there’ll be more plastic than fish… but do the Human Resources department give a cr*p? Find out in The Litter Mermaid – a comedy about plastic, a tragedy about our world, and the melancholy fact that there’s now an island of plastic the size of France in our oceans.  Shot on location in Elwood Beach, Melbourne it’s the next film under fledgling channel Melon Comedy.

It features shocking new footage of polluted oceans in Indonesia, from Rich Horner The Rubbish Diver,  and with a cast & crew from Melbourne, London & Bali’s Comedy scene, and a cameo from my aquatic alter ego, mermaid Loreley. 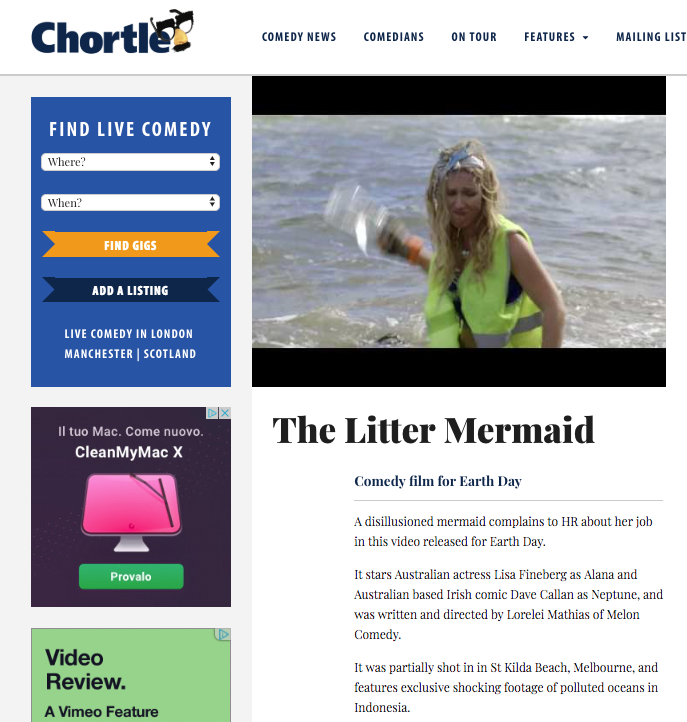 Written by Lorelei Mathias, with additional dialogue by the cast, Anthony Noack, and John Campbell.
Composer, musician & vocalist & original score ‘This Time That Is Mine – Alana’s Lament’ by Camilla Mathias.

We Digress: Why I wrote my new comedy ‘Life in ADHD’ – a show for ND’s and NT’s and everyone in between

As I write this, the word ‘Neurodiversity’ is still being underlined with a squiggly red line, like it’s not even a thing. This is insane! How are we going to push for more understanding if people think we’re a typo?!