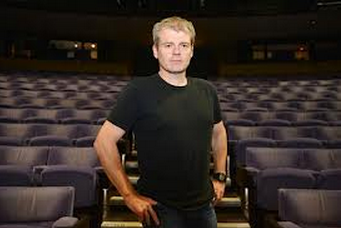 Last Summer I saw The Curious Incident of the dog in the night-time at The National. It was utterly incredible.

(Disclaimer: There are a LOT of superlatives in this blog. The word Super alone gets over four thousand mentions).

I was going to rave on and on about the show when I saw it, but since it was only on for another day, that would’ve been inconsiderate. But now it’s coming to the West End and there’s a chance you can all go and see it, I am going to bang on about it to my heart’s content.

Now, the book is astounding, OBVIOUSLY, but the play brings it to life in ways I never thought possible. And with the Warhorse dreamteam of Marianne Elliot and Luke Treadaway it is hardly surprising.

But aside from the exceptional direction and acting, what really stood out for me were the projections, the lighting, the music and sound design. You are literally transported to the chaos and hubbub of Paddington station, and the mental torment in Christopher’s mind. Oh and the ending – the ending is SO wonderful we actually cried.

Suffice to say – when the show opens on the West End on 1st March, I recommend going to see it, for what will definitely be a super good evening.

Anyway, I couldn’t do a blog about this without quickly mentioning why this story is so close to my heart. In what I refer to sometimes as The Dark Ages* (life before I met Nat), I worked as in-house Creative/copywriter for Random House Publishers. One of my first and best briefs was to launch of the paperback of ‘Curious Incident’.

If you’ve read the book, you’ll know that the book’s hero, 15 year old Christopher Boone, has a very unique way of seeing the world – one aspect of which is that, if he sees five red cars go by, he decides it will be a super good day. (Yellow cars, by contrast, mean the opposite.) You’ll also remember that in the book, the illustrations look just like little VW Beetles.

So I had a slightly mental idea to turn central London into a Super Good Day. It was a logistical nightmare and my boss told me I was indeed mad. But through the medium of a really quite cheeky six page letter, I somehow persuaded Volkswagen it would be a good idea to lend us ten red beetles. We then got them decked out with book-jacket livery and Curious flags, filled them with a team of thirty Random House employees, Walkie Talkies etc. We then drove round London in convoys of five for the whole day, handing out flyers and books to startled passers by. I nearly died from the organisation and planning, but the result was an awful lot of curious fun on April Fool’s Day 2004…

This was in the olden days – you know, before people documented things online like it was going out of fashion, and the only way to write about things was in a newspaper (see above). Luckily a friend nearly killed himself by following on a motorbike the whole way and filming it, and made a short film of it here! And a longer (slightly shaky) one here

But back to the play – my only quibble was that it gives no mention of the super good day/counting cars thing, which was an aspect of the book that I really loved. Perhaps they’ll rectify that in the West End version… Either way, if anyone can tell me just how many superlatives there are in this blog, I have ONE SPARE COPY TO GIVE AWAY of the novel.

* Actually that’s a lie, I just thought of it now. And they really weren’t dark days, I loved it there! I was just craving being in a creative team. Incidentally, it is mine and Nat’s five year anniversary this week. Happy Anniversary, Honey Pie Chops.